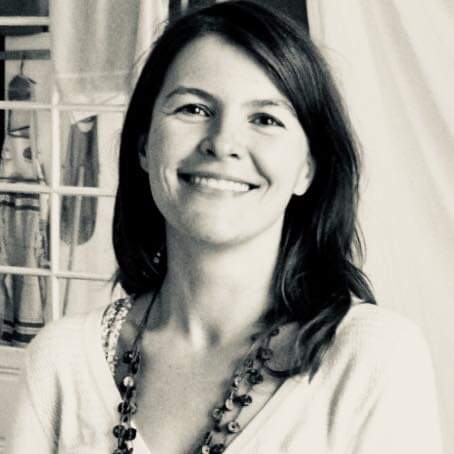 The place of the victim in the judicial system

Lawyer at the Seine-Saint-Denis Bar, Ms. Anne Lassalle puts her expertise at the service of her clients in family law, criminal law, juvenile criminal law, educational assistance, criminal procedure and civil procedure. Particularly recognized in terms of minors protection, fervent defender of women’s rights, Ms Lassalle distinguished herself in 2020 when, shaking up the world of culture and the performing arts, as a lawyer for the civil parties, she obtained the conviction of Guillaume Dujardin, theater teacher convicted of aggravated sexual assault.

Human and passionate, she does us the honor to question the place of victims in the French legal system and more generally the place of children in our society.

How and why did you become a lawyer?

In my family, I’ve always been the troublemaker, the one who always has something to say to counterbalance the majority opinion, who always remind that things are rarely binary. A belief that was reinforced later with my first and only boss. The great criminal lawyer Grégoire Lafarge taught me to always have something to say in the face of police or legal evidence.

Some people would have said, I have a damned personality, others that I was made to be a lawyer. Anyway, my nickname was Sainte-Anne des Droits de l’Homme!

I have always believed in the force of law to rebalance unfairness in our society. After my studies in Reims and then in Paris, my internships in prestigious firms, I was hired by the Lafarge firm, which passed on this profession to me considerably. I owe a lot to these lawyers with whom I shared the same sense of justice. Nevertheless, I quickly wanted to settle down and develop my own law firm because I wanted to be in direct contact with the people I was defending. 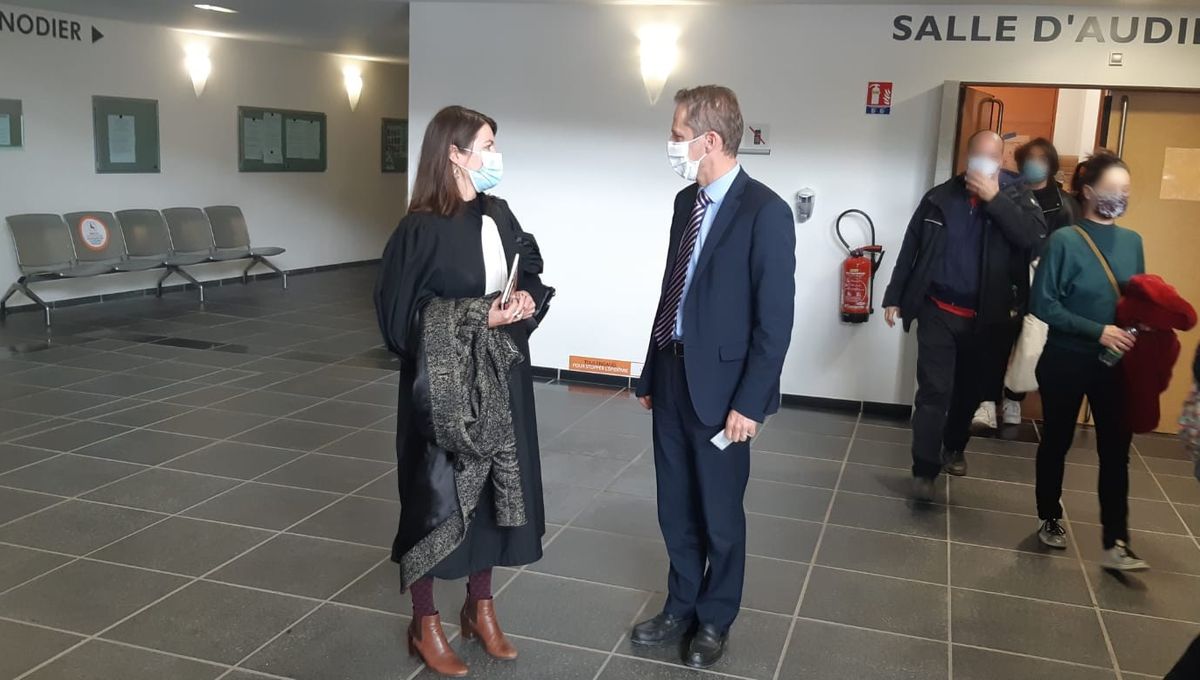 Anne Lassalle during the trial of Guillaume Dujardin, © France Bleu

How does being a lawyer allows you to answer to human and societal questions, which seem to be close to your heart?

Since l’Ecole Française du Barreau (EFB), I knew that I wanted to practice in Seine-Saint-Denis, which is certainly a neglected and abused territory, and a wonderfully rich in cultures, youth and ingenuity ground. Besides, it is still the most committed and sympathetic bar in France, which was very important to me. We work better with others and with a smile!

At the Bobigny Judicial Court, I felt in my element. I knew why I was wearing my dress and it has never been challenged, not even by the great amount of work that we all face in this court: civil government officer and lawyers, who work with a population who is eligible by 70% to legal aid.

Human and social issues are intense and emphasized by the health crisis, especially in Seine-Saint-Denis where many poor workers are living.

Social and human questions that are close to my heart subtend to multiple forms of violence, whether they are economic, social, racial or sexual, regardless of the people concerned. Even if my clients have become more and more feminine and infantile, my door remains open for everyone.

You particularly help women and underage in their legal procedure. What is the link between the two scopes? Are these questions particularly linked in your approach?

The judicial journey of women and children has been built and is still in the making. Under the aegis of paternal power, it was inexistant at first, woman and children were little from the point of view of society.

Social and human questions that are close to my heart subtend to multiple forms of violence, whether they are economic, social, racial or sexual, regardless of the people concerned.

Their possibilities of seizing a police officer or a judge were then very limited. Remember that women have had their bank items since 1965…

Fortunately, society has considerably evolved. Paternal power has now been replaced by parental authority which is joint. The wife, mother, has her word to say, in that way her judicial route has been transformed. It exists now but is still under construction and scattered with imperfections.

The link between the two scopes is institutional violence which suffocate the voices of women and children despite all the effort put in order to change that and the promises that successive governments made. The problem of women and children legal procedure is that they both are to be built, and that they show a progressive opening which is still insufficient. In Spain, eviction proceedings against women and children have been carried out for years. In France, despite clear progress, we are still very far from these protective procedures. Moreover, the judicial process of women often starts from the moment their children are affected, linking the two judicial paths.

How does the justice incorporate itself in the victim journey?

The victims’ journey is often referred as the one of the fighter. Our criminal justice system is evidence-based, and that is fortunate, because you cannot be convicted on suspicion or without tangible proof. However, the presumption of innocence, in my opinion, does not necessarily go hand in hand with the presumption of good faith on the part of the victim. There remains institutional mistrust of victims who are sometimes mistreated at the bar and little or badly heard. Yet, one only has to go to the police station to see how difficult it is to file a complaint and go through the entire legal process to realize that few people do all this out of malice.

I notice a beginning of backlash following the release of the woman’s speech after the #metoo movement. At the trials, we can feel a form of paranoia pointing to the risk that justice will be exploited to dismiss people when these are rare cases. 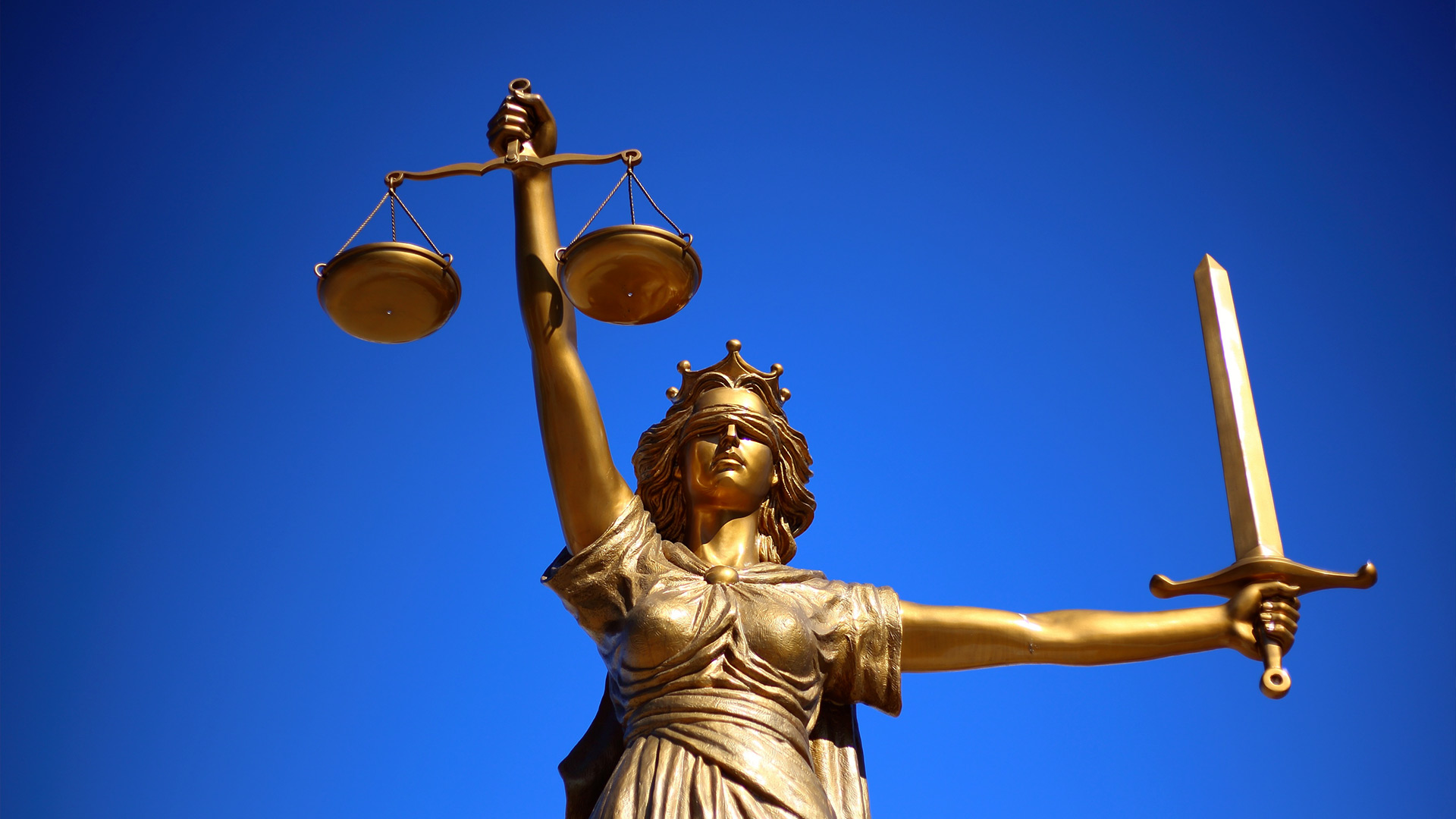 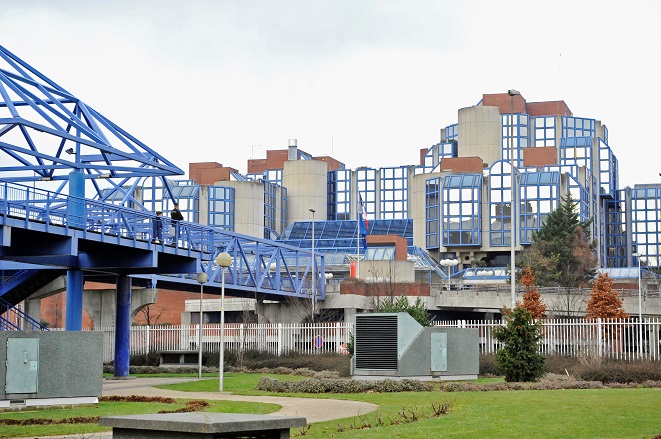 The principles of law should therefore, from my point of view, evolve so that the victim becomes a real party to the proceedings and is heard as such, without suspicion at first glance, but obviously with investigation.

According to you, how can the legal system evolve, especially on the revaluation of the victim’s place?

Magistrates are often disconnected from reality, from victim assistance centers and detention centers. There is a need to provide them with a much more concrete training to achieve convictions that are not automatic and theoretical, to achieve individualization of sentences according to personality and circumstances. It is therefore, of course, a question of the means allocated to justice to review the conditions of care for defendants and victims to judge them with dignity.

But it would also be a fundamental change which would consist in developing other forms of procedures than the traditional procedures of judgment. Whether they are alternatives to prosecution or restorative justice systems. We must get out of the victim-against-defendant system to bring them together in another system of condemnation. Perhaps we can take an example from what is being developed in Canada and the United States, while taking French culture into account.

A child appears answerable to the law, but you seem to question its consideration in society more generally. Could you tell us more about that?

Children’s words have been unheard for a long time. It is changing step by step, although their place in the justice system remains limited. An underage’s lawyer is the one who supports this voice, which is often inaudible by institutions or even by his own parents. This is a difficult task because you have to be able to build a bond of trust and be able to make their words heard while looking out for their interests because children’s words can be manipulated or used.

I am part of the “Mineurs du Barreau de Seine-Saint-Denis” group, attached to the first Children’s Court in France. This is to support minors who are concerned by an educational assistance procedure, which means when their integrity, their health, their construction is compromised.

In Germany, for example, I learned about it from a training course organized by the faculty of Bordeaux in November 2019 on the speech of the child, the child concerned by a procedure before the family court judge (i.e. when the parents fail to agree on the method of custody or the exercise of parental authority) has a strict say since he is a party to the trial.

We are far from that in France since only a child endowed with good judgment can ask to be heard by the family court judge.

Concerning the children’s judge, everyone has their own practice, some receive babies of a few months old, others believe that only a child endowed with discernment (a fuzzy notion) should be heard. Apart from this request, which moreover can be subject to manipulation, nothing is organized in children’s rights to include their voice in these two procedures which yet concern them in an essential way. The French judicial system still has to evolve on this subject.

Thank you, Ms Lassalle, for your answers.