Launched in September 2020, Le Booster du Réemploi already brings together more than thirty major project owners and decision-makers of the real estate sector. The Boosters want to change the building and real estate habits to pave the way for new practices by increasing the material reuse. Operating as a hub, Le Booster du Réemploi helps project owners to express their demand and connect it to offer players by making it readable and clear. The Boosters family is determined to grow  and quickly transform the sector! Laetitia George and Cédric Borel initiated the project. They answer our questions.

Why did you decide to create Le Booster du Réemploi?

Laetitia George: We chose action because we are in an emergency situation. My son is 6 years old, he has asthma and in 80 years he will still be here. I have a responsibility to act now so that he can live decently as adult and then as an old person. We are not in a futuristic projection, we are in something we can almost touch, glimpse. 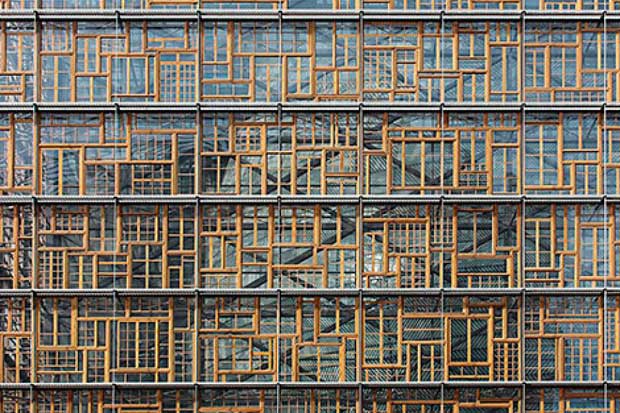 Headquarters of the European Council, by Philippe Samyn, Oak frames from all over Europe

In real estate, if we look at what we can do on a building-scale, there are multiple axes we can move: soil and ecosystems conservation, energy performance, water saving, but we can go even further by taking only the bare minimum from multiple resources through reuse. If we do our work well, the positive impact is tangible at the construction site’s scale. Working with A4MT means working on all these axes but in a large scale.

With Le Booster du Réemploi’s implementation, we add up the strengths, the commitments, the impacts. Each involved player can thus contribute to change the situation and together we can really get mountains moving. Rather than just questioning ourselves, let’s take action! And to be able to do this, there must be mixed, multidisciplinary and multi-generational teams. This is essential, it really changes capacity and responsiveness in action.

Groupama is the famers’ insurer, which means that we are well aware of the impact and climate change risk. We are also one of the leading climate risk insurers. We wanted to go further in reuse. On a site located on the Champs-Elysées in Paris, we collected 16,000 sqm of raised floors and suspended ceilings. The idea was to gather these materials and reuse them in another operation. But we faced with several difficult steps with the storage company, the general contractor, the insurer, the control office, etc. This is why we wanted to create Le Booster du Réemploi to make things much simpler, by making visible the current demand, which is already significant, and by getting all players moving together and moving forward.

Le Booster du Réemploi is an intrapreneurship project which started at TechStars and took shape with A4MT (Action For Market Transformation) and IFPEB (French Institute for Building Performance). A4MT has enabled us to design and materialize the impact each of us and especially the impact of added involvement if we organise for a real change. We didn’t want a new think tank, for us it’s a matter of commitment and deeds. It is really time to take action!

Cédric Borel: Le Booster du Réemploi awakens but activate a whole sector as well. It was born from a relentless observation: each year the only building sector produces 42 tonnes of wastes, only 1% of these wastes is reused. To solve the urgent equation, we need to rethink the notion of waste and reuse.

We are currently developing a system to “unrisk” reuse and create a real demand. The study Groupama Immobilier team carried out within TechStars program highlighted a significant number of existing platforms such as Backacia, Mobius, Cycle Up… After this observation of an already existing offer, it was therefore urgent to create an abundant demand.

The emergency is there and increasing everywhere. The most effective action was thus to create a platform for demand, to make it visible and organise it. On a building site, if I know that I need walls, raised floors, suspended ceilings, I have a better chance of finding these materials if I say I need them 6 months in advance and my request reaches one or more reuse materials supply players. This also enables the building sector to limit its pressure on resources. As an example, a reused metal door represents 10,000 litres of saved water.

We have great potential for reuse in service industries sector (excluding housing and productive activities). There are, for instance, 240 million sqm of office space in France, only 1.5% of this surface is renovated every year. By bringing together investors, developers, builders, but also property managers and the IFPEB / CUBE / HUB des Prescripteurs Bas Carbone ecosystem, we were on good tracks for action.

We are asking each project developer joining Le Booster du Réemploi for a contribution of 20,000 euros per year and a commitment to integrate 5 projects per year on the platform. The initiative was launched on the June 2nd, then officially in early September at the MIPIM, 35 major project developers have currently joined the Booster and several public project developers are starting discussions to do so as well. 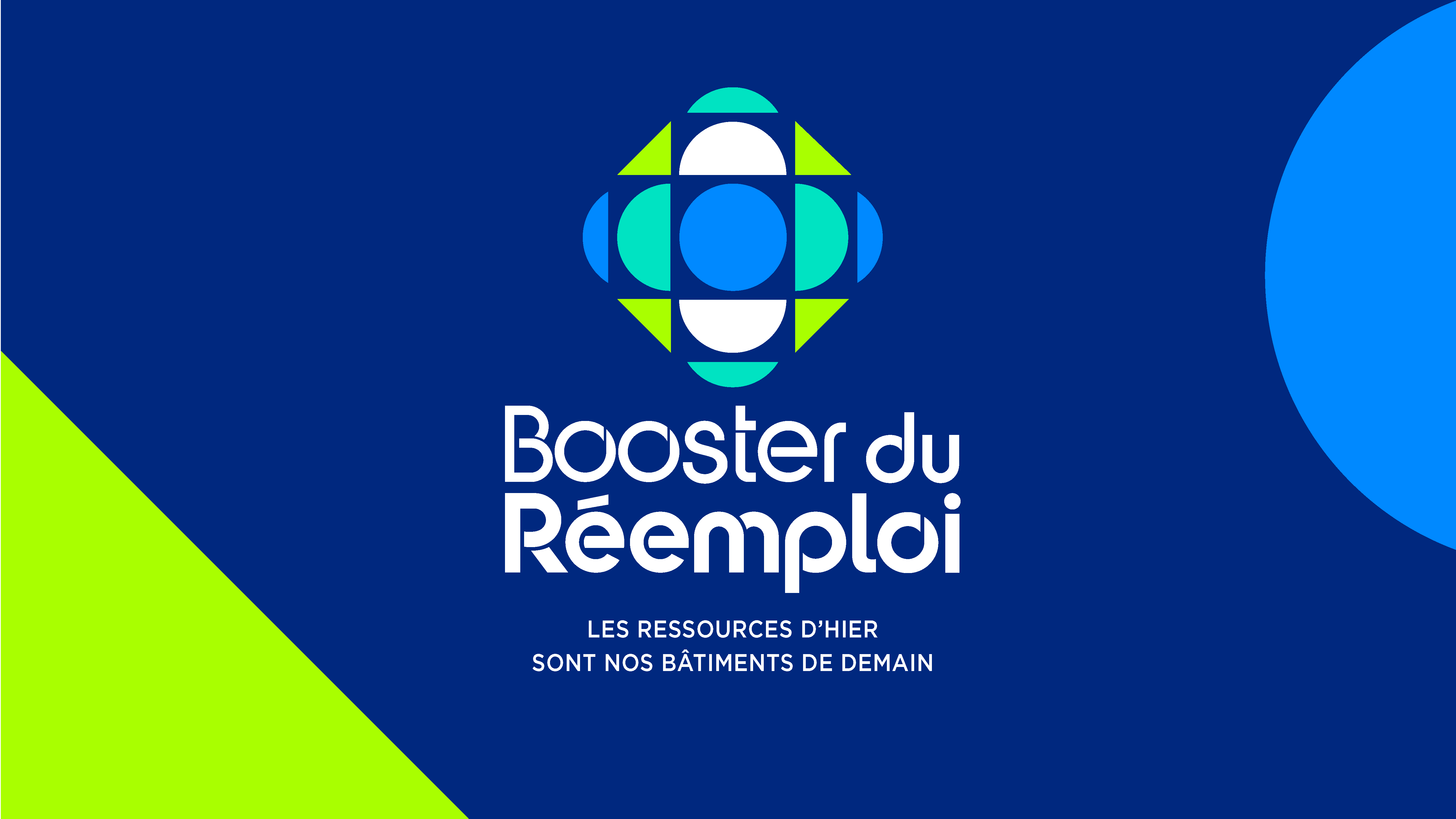 Le Booster du Réemploi mission is based on 2 essential cornerstones:

Until now, there has been no systematic forecasting of demand. Specifications have already been drawn up and many others are currently reaching us. This will make it possible to unlock many operations. Within Le Booster du Réemploi, we will enable supply organisations to connect and operate with the platform and its Boosters.

We are also going to set up a logistics task force because there is a major problem with the storage of reuse materials. The State or public authorities could offer storage spaces at a lower cost to speed up the movement and allow a viable economic situation.

In short, with Le Booster du Réemploi we have created a large test & learn community. We first want to make and build a tailor-made method, as we go along: a method that meets to the current reality and our ambitions for reuse. Our aim is to develop reuse with an review of the operation in 3 years.

The construction and real estate sectors set amongst of the biggest carbon emitters and players who draw the most from natural resources. In your opinion, what is their transition potential?

Laetitia George: To use an expression that is not mine, you have to make the difference between desire, hope and expectation. Desire is now or in 3 years, hope is in 10 years, and expectation represents the Greek calendars.

If we apply this to our answer, we forget the Greek calendars! We want to act quickly and effectively.

Our ecosystems’ weakness does not exclude anyone, we all need to become collectively aware of it.

For the Time of Hope

The Booster is based on the enthusiasm, belief and will of a whole team and, whatever happens, even if there are difficulties and brakes in the way, we will move forward. Today, everyone is aware, or is becoming aware, that we need to put an end to the nonsense.

The reuse demand is surprising all professions. Reuse has entered matrix, everyone is now thinking about reuse material for their projects. It now remains to be developed further.

If we had an incentive to express to those players who are not yet convinced: in addition to responding to the problem of the limit of our planet’s resources, acting allows us to respond to eco-anxiety. Don’t let the train pass!

Le Booster du Réemploi is not a think tank, but a common sense tank that is clearly committed to action. It brings together 50% of human energy, 30% of technical expertise and 20% of communication lever to bring about cohesion.

What are the brakes to ecological transition in these sectors?

Laetitia George: We are trying to combine daring, courage and humility to move the transition forward through action and the sum of our actions. We cannot put the cart before the horse, to achieve this, we must believe in women and men strength as well as in human diversity. Resilience also comes from suffering, which must be transformed into creative energy. 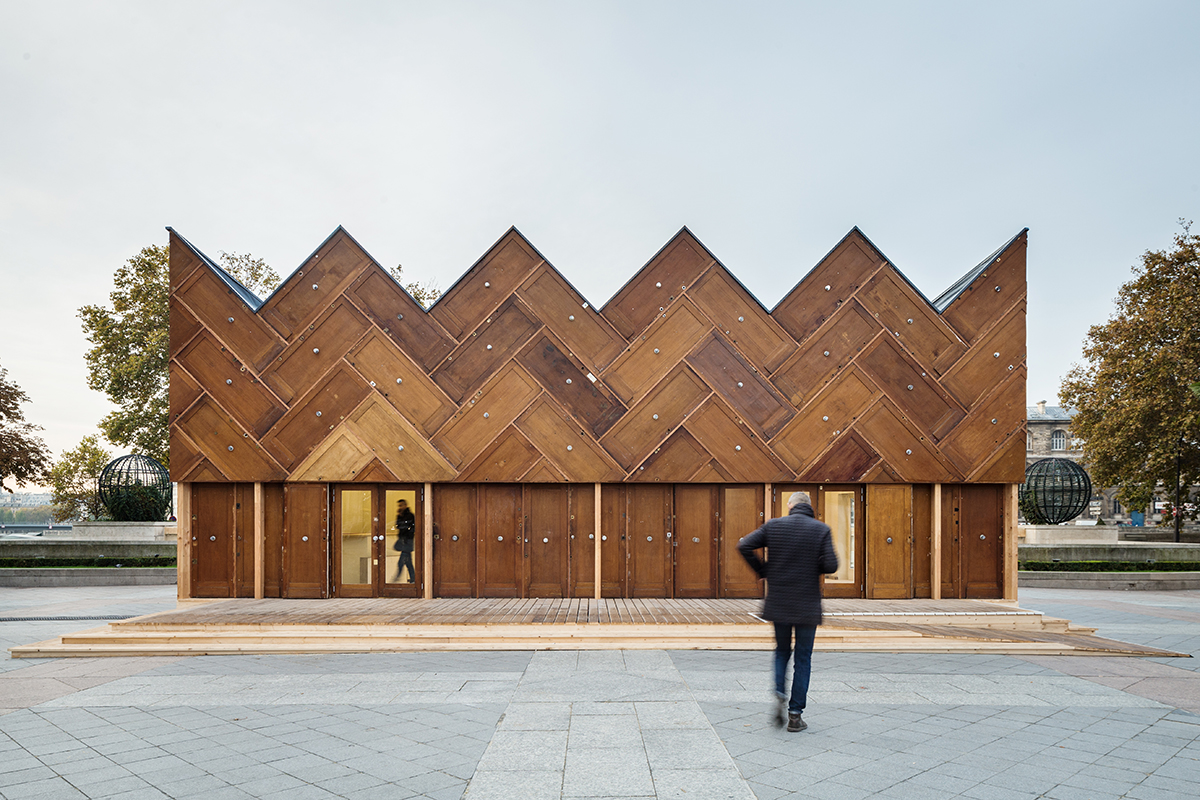 Cédric Borel: Tomorrow’s construction methods will be based on carbon neutrality and resources “essentialisation”. There is a new industrial history to write.

Thank you, Laetitia, thank you, Cédric for your answers!