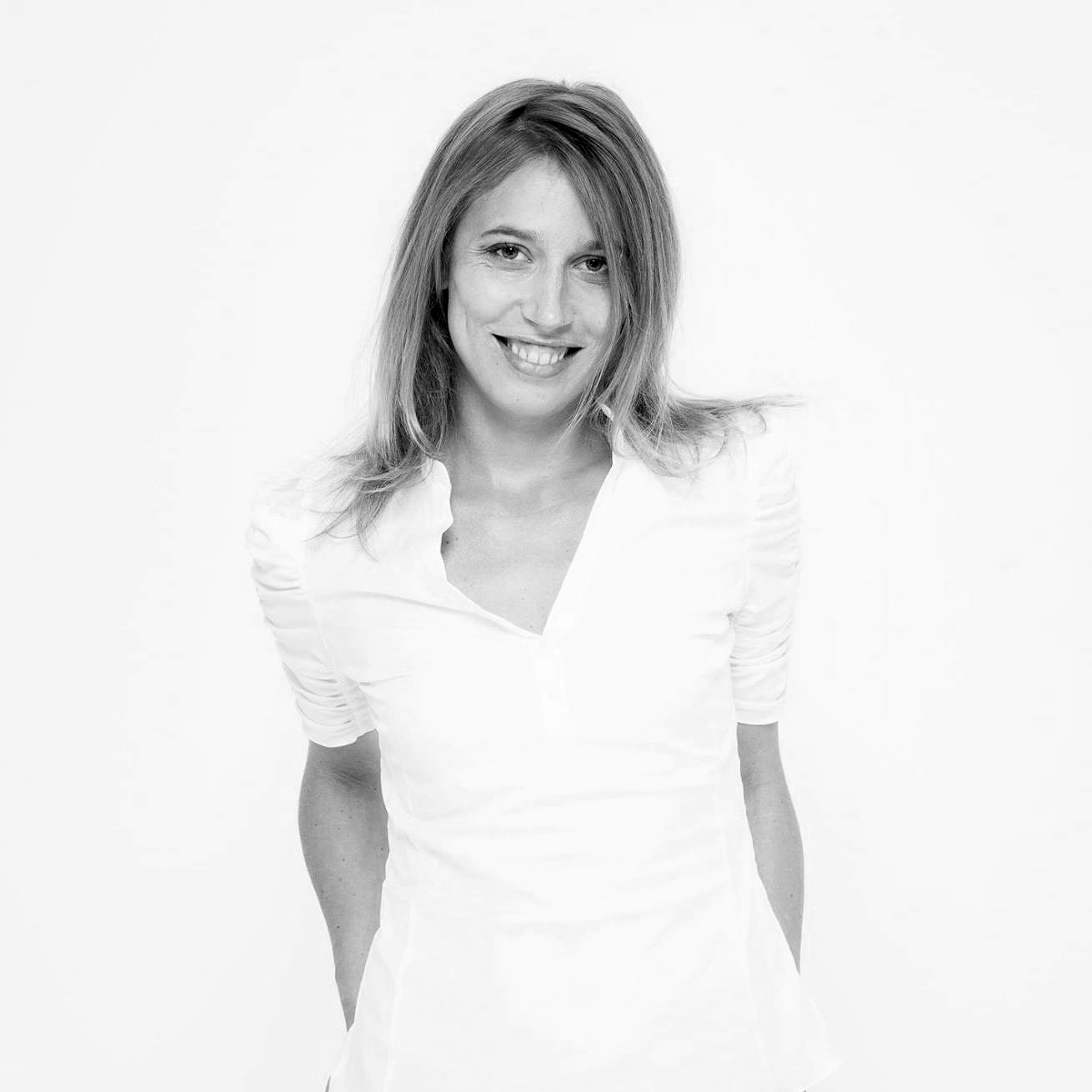 For a participatory democracy renewal

A platform for co-construction of space and community life, Fluicity is a socially responsible company founded in 2015 by Julie de Pimodan. Fluicity, a Civic Tech startup, aims to put technology at the service of sustainable and solidarity-based development and intends to improve democracy on several scale. How? By freeing collective intelligence through digital participation spaces that facilitate consultation and citizen participation. She started as a journalist in the Middle East during the Arab Springs, then she was a Google employee for 4 years, the creation of Fluicity appears to be the logical continuation of Julie de Pimodan’s atypical career path. Awards and distinctions have multiplied for a societal innovation that could change the way we approach politics. Julie answers today to the questions of Les Grandes Idées.

Why did you create a civic expression platform such as Fluicity ?

Before founding Fluicity, I worked and lived in countries such as Yemen, Benin, and Turkey. Despite their democratic systems, these governments were not perceived as legitimate: governance was vertical, social movements were repressed, and dialogue did not exist. During this period, I understood that trust was the basis for a proper functioning of democracy.

In 2013, I got triggered when I was living in Istanbul during the demonstrations in Gezi Park. Initially led by a small number of environmental protesters, this demonstration – which was basically aimed at protecting a park and calling for more consultation at a local level – became a national revolt. It led to unprecedented violence and a deep crisis in the country.

Trust in democratic systems is eroding all over the world. It is worsening every year. I think this is one of the major issues of the 21st century, because it questions our democracies foundations and encourages the appearance of radical leaders. In an increasingly complex world from social, environmental and health points of view, our ability to work together and to find common solutions has become essential.

Based on this observation, I founded Fluicity: a platform for citizen participation and co-construction that aims to restore dialogue and trust between citizens and decision-makers. 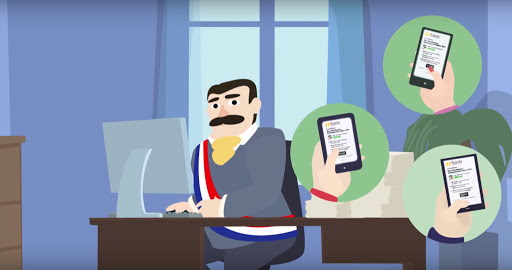 What differences between public and private sectors for you and the service you offer?

Today, any type of decision-maker can call on collective intelligence to govern: this is a reality in the public sector, but also in the private and associative sectors. In his book ‘Reinventing Organizations’ Frédéric Laloux presents collaborative management as the most successful form of governance for organizations in the 21st century. Many leaders are now questioning how to transform their ways of operating to be more open, more transparent, more collaborative. Examples such as Patagonia, Decathlon, Danone or Médecins Sans Frontières are often mentionned.

At Fluicity, the public sphere is in our DNA. For the past 5 years, we have been helping public very different players  (local councils, regions, ministries, political parties, public administrations, institutions) to effectively confer with citizens and take the results of these consultations into account in their decisions. With the rise of mission-driven and socially responsible businesses, more and more private organizations are calling on us to co-construct large-scale projects or collaborate on CSR programs.

While there is a real difference between sectors as far as stakeholders’ point of view are concerned, what we bring as civic tech remains unchanged in public and private sectors: involve, mobilized and take into account citizens in the context of general interest topics. This means we work with public, private or associative organizations in order to instil a collective intelligence logic among the greatest number of individuals.

What are the challenges for collective intelligence and participatory governance to democratize and influence reality?

This year I am chairing the Civic Tech Europe Association (ACTE), I co-founded with the main European civic tech companies  to represent the sector in the European institutions. I have identified three main difficulties that prevent us from multiplying the impact of collective intelligence technologies in Europe today.

On the civic tech side: it is necessary for the players in the sector to understand that technology alone is not enough to move the lines. Citizens and institutions need to be guided to succeed in their consultations. Civic techs which become aware of this cyclical reality will have a stronger impact.

On the decision-makers’ side: many questions exist when it comes to launching a consultation.Will it be sufficiently representative? Which transparency level should be provided? To whom does the data belong? How to ensure interoperability? All these questions deserve to be asked, but they should not stop the update of our ways of governance , because democracy is a muscle that needs to be trained every day to be effective.

On the citizens’ side: this challenge is similar to the one that exists on the environmental issue. The most of citizens are convinced by climate emergency, but find it difficult to make in-depth changes to their consumption patterns. The challenge is therefore to set an example, to get involved, to talk about it around them in order to bring their close family and friends to join the virtuous circle of citizen participation.

How can we adapt and educate political representatives and citizens to civic tech use?

The alliance of entrepreneurs, institutions and citizens is the key to deepen the civic tech use.  I identify two priorities.

First, community is the most obvious scale for transforming consultation into concrete realisations. Local elected officials are generally those whom citizens trust the most, but they work more easily with private players who combine high-performance products and real expertise. 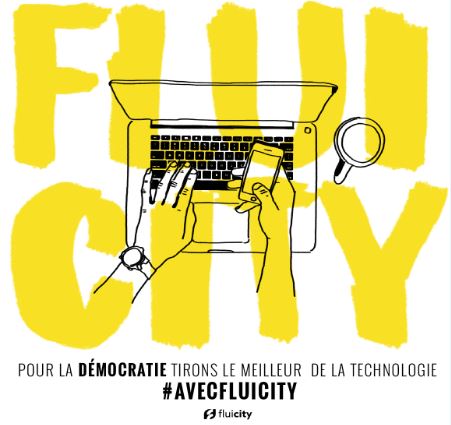 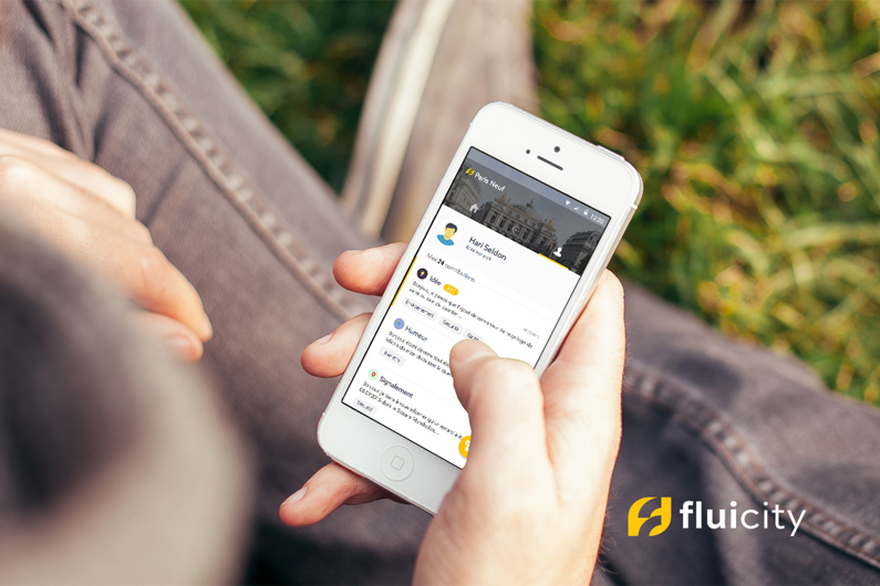 Europe is then currently threatened by populist movements  and the link between citizens weakens every day. The European Parliament and Commission try to resolve the problem of trust and, with the postponement of the Conference on the Future of Europe, the fact that digital technologies are essential  to engage European citizens becomes obvious. A strong partnership between civic tech players and Brussels institutions is needed to renew European democracy. This is the mission ACTE has set itself: educate the institutions, fight their fears through a sectoral approach, and demonstrate the civic tech usefulness through numerous examples to increase their use throughout Europe.

Democracy is a muscle that needs to be trained every day to be effective.

What impact in decision making with this tool? Have you recently noticed a change in the way of thinking with the development of civic tech?

The letter the French President of the Republic sent to the three chambers a few weeks ago is quite eloquent: “I hope that you will be able to carry out the widest possible consultations to determine and specify the essential priorities which are now the subject of consensus or which emerge at the forefront of our compatriots’ concerns“.

How do you see the future of public decision-making?

This year Civic Tech is reaching the stage where the Edtech sector was five years ago: the appearance of a handful of solid players in Europe, the acceleration conditions being met – particularly thanks to diversification into new segments -, and increasingly substantial fundraising. Both sectors follow a strong societal mission and their solutions are in line with history. The difference is that Civic Tech still sees the peak ahead.

An unprecedent number of citizen consultations have been held to imagine “The World After” and to give the environment a more important interest. These initiatives show a real desire (not only from citizens) to transform decision-making into a more collective movement.

To see these movements succeed, it is the responsibility of the public authorities to coordinate them, to provide them with a legal framework and credibility in the public debate. This goes hand in hand with greater decentralization of decision-making at the local level. Ultimately, the future of public decision-making is linked to the transformation (or acceleration of transformation) of our democratic system.

Thank you Julie for your answers!